We want to share our love of sewing with the world, from our family to yours. Let us help you get the most out of your threads. 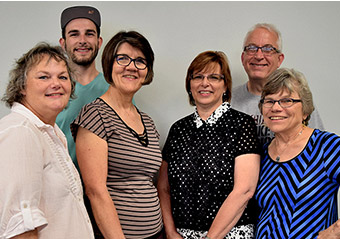 My name is Don Minch Jr. This company was started in 1946 by my grandfather, Andy Smith, and his brother-in-law, Ray Wernsman. They started by converting old treadle sewing machines to electric power to fill the void of new sewing equipment after World War II. Then in the late 40’s they distributed sewing machines to retail dealers. My Dad joined Milwaukee Sewing Machine in 1954 as a service tech and salesperson. He continued to work there until 1963, when he decided to form a partnership selling and servicing industrial sewing machines. Later he began operating out of his home. I had been working for my uncle Ed since 1978 at Milwaukee Sewing Machine. In 1986, he decided to close the distribution of New Home and Necchi sewing machines. My Dad and I took this opportunity to go into partnership and purchase Milwaukee Sewing Machine at 3303 W. National Ave. As we grew over the years, we relocated to a larger location, 7226 W. Greenfield Ave., in downtown West Allis, where we still reside today. 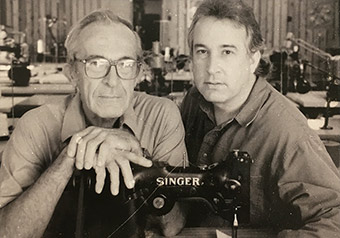 We love to keep in touch with fellow sewists and crafters. Sign up here for updates from us about community news and special offers!